Wednesday Ben turned 30. Wow, so old yet before I know it I will be 30 and then I will not think it is old at all! he he he...I have been teasing him about turning 30 probably since January of this year. The past 8 years have flown by so quickly that seeing my husband hit 30 really is making it sink in!
Anyway, I had to make a bigger than normal deal out of this birthday so I decided to surprise Ben as many times as I could that day. After I got home from dropping Kobe off I arranged for flowers and a balloon to be delivered to his work. (You will see it in the pictures below). That was funny because Ben told me, when he got home, that they were really a surprise because when they called him over the loud speaker to come get the delivery he was wracking his brain to think who would send him flowers on his birthday and my name didn't pop into his head! When he saw they were from me he was surprised :)
Then S & I got working on a poster for Ben and decorated the dining room for him. S loved putting sparkles all over the poster and got a HUGE kick out of the decorations and practiced saying "Happy Birthday Daddy" a lot. She said it when he got home and it was really cute. 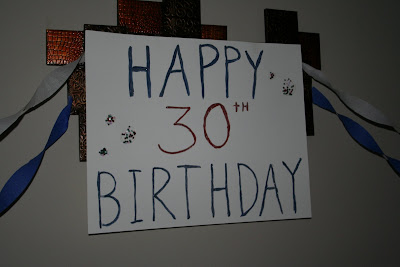 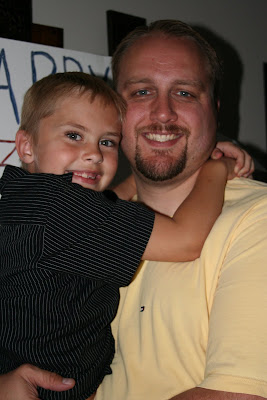 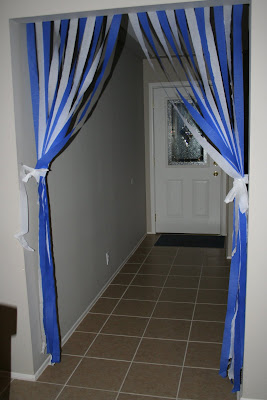 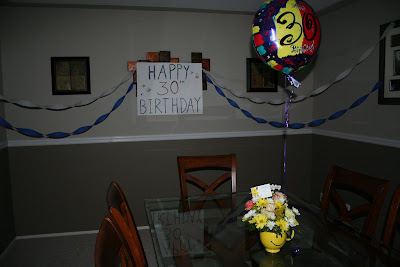 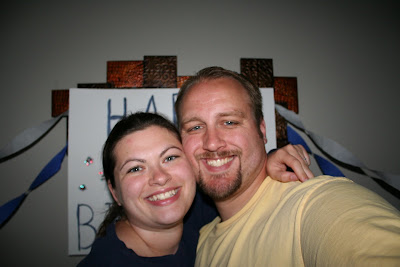 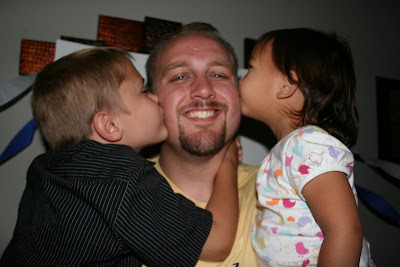 Ben got off work early and we ended up running around until it was time to pick up Kobe. We went out to dinner (I planned on making dinner but when Ben came home early our plans changed). You should ask Ben how he liked his birthday dinner. I warned him that he wouldn't like it but he got it anyway. He did not like it. I told Shelly today that it reminded me of how much Jason & Grandma liked the Chop Suey we had on Sunday! Ha!
After that we played with the kids and took all these pictures and lots of other funny ones to that might make it onto the blog sometime. Ben appreciated all the phone calls from friends & family and had an ice cream cake at work and got a free lunch for his birthday that day too. I think he really had a great day!
Posted by Leah Wentzel at 7:46 PM

How fun! I should do stuff like that for Ryan....

How great! I am so glad he had a special 30th, and you helped make it that way :) Cute pictures!

Good job leah it looks like he loved it. Those are wonderful pictures too. Shelly told me how much Ben loved his dinner ;) Must have been in the air that weekend. Hey just an fyi our chimey is almost done now dad has to build the platform and it will be ready to keep all of us warm. Thanks alot!!!
love you all

you are so creative! that is really sweet. ben is a lucky guy :)