In the Middle of Tragedy & Triumph 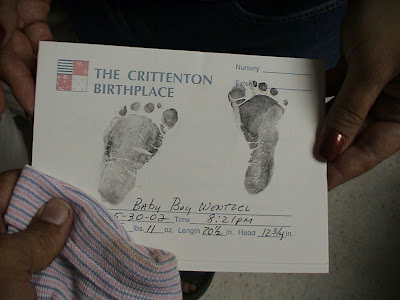 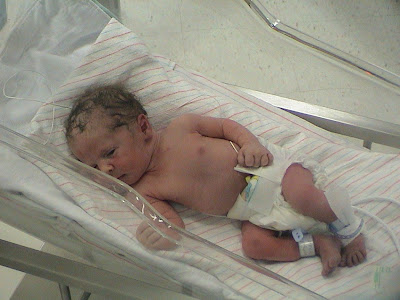 My Mother in Law, Cindy has been getting lots of medical phone calls lately.  She has switched to a far more through doctor and is having lots of tests done and getting not so stellar news sometimes.
Recently she got a phone call telling her they wanted to re-do a test they had already done but they wanted to bring in a specialist.  When Ben and I were talking about it he brought up our own memories of phone calls like that.
When I was pregnant with Kobe I worked at a dry cleaners.  It was still pretty early on in my pregnancy but I had had my first ultra sound, I got a phone call from Ben while I was at work.
"Your doctor is trying to get ahold of you, he needs to talk to you and wouldn't tell me what was going on."  said Ben.
Immediately I was very scared so I called the doctor's office and spoke to the doctor, he said "We saw something in the ultrasound, something on the baby's heart.  We need to have another ultrasound done at a different hospital by a specialist."
If you know me you know that I go into worst case scenario mode very quickly.  I asked the doctor what that all meant, what they were worried about and he was hesitant and then told me that it could mean that the baby would be retarded, and then he said the phrase that has never left me:
"But it's OK because it is early enough in the pregnancy to still terminate it."  Was that supposed to make me feel better?!?!?  I immediately answered not too nicely back that that was NOT an option no matter what.
The next week or so was filled will horrible worry, I remember so often looking at our dire financial situation and job situation and telling myself, "as long as the baby is healthy I will be ok".  Now that was gone and I was not feeling like thing were very OK.
Sometime in between the ultra sounds a group of men from our church gathered and prayed around me, they asked God to protect my baby and heal him if anything was really wrong with him.  There is no doubt God answers prayer.
I remember the day of the 2nd ultra sound.  I remember where we parked, I remember the room, I remember it all.  I will never forget how they quickly ran the ultrasound wand over my belly and in 2 minutes the specialist told me, "Oh, everything is fine, that spot is just where the wall of the heart is a bit thicker than the rest."
And with that it was done and over.  No more talk of retardation.  No more crying because we didn't know what the future held.  Relief.
When I think about the walls God was breaking down in me, the ones that were contingent upon the health of my baby, that is when I gave Kobe to God.  It wasn't on baby dedication day at our church, it was in the moments knowing there wasn't anything I could do to fix him, God had to.  And, just for the record, there very well could have been something wrong with Kobe's heart, if there was I know God healed it.  And when I get to heaven I will know what really happened.
Going back to the middle though, the time when we didn't know what would happen, I have to say that hanging in there wasn't easy, but not having God in the midst of it would have made it impossible.  What if I wasn't saved?  What if I didn't think abortion was wrong?  What if I would have opted to kill my unborn baby because of bad information?  It scares me for the other girls that might be going through a similar instance.
So much bad can happen in the middle just because we are scared of what could be.  Sometimes you have to get down right stubborn and decide you will not give in to your fear.  Some days you have to decide to fight against things that seem bigger than you.  Sometimes you have to cling to verses that say "I can do all things though Christ who strengthens me" a little tighter that other days.  Somedays we need people to fight for us because we are just too tired to do it our selves.
The middle is rough, the road is sometimes long, but God's promises are TRUE!
" For I know the plans I have for you," declares the LORD, "plans to prosper you and not to harm you, plans to give you hope and a future."
That hope is what gets us through the middle.
Posted by Leah Wentzel at 6:51 AM

Praise God!! Thanks for sharing that, Leah. Our God is so good. Kobe is a little miracle, but we already knew that:). And, mom, we are all praying for you and love you very much!!!

What a story! Praise God for always watching over us and our kids!

Thanks Leah, I never heard that about you guys.

Wow and I do thank you for sharing that with us Leah. I never knew all of that. Kobe is so precious. I know God will take care of my daughter also.

WOW........I so remember those days and how scared we all were, yet knowing that Kobe was Gods as we all are gave is peace. I do believe that God healed him! Kobe knows and has a strong personal belief in the Lord for such a little person. Some times you think when he was prayed over "did Jesus hold him in the womb and comfort that little soul and say it will be alright and that is why he has such a pure belief in Him.
You are right Leah, I have to reach in side a grab my stuborn streak and JUST TRUST GOD!
I know he loves me more than I can imagine, you you are right when you say "For I know the plans I have fory, declares the LORD, pland to prosper you and not to harm you, plans to give you HOPE and a FUTURE. AMEN Thank you for a good kick in the butt!!
I love all you kids so much, more than you can imagine. I thank you all for the phone calls and just helping me get through all of this.
I know it was hard for Ben when he called I was having a hard time and he encouraged me, and Shelly repeated scripture to me too.
You are the best family I could ever have,
Hugs and Kisses,
Mom

Amen, Amen, God does answer prayers... and His ways are so awesome, so much better than ours. what a miracle each person truly is!