When Kobe was little he had the most perfect little face.  He always had really pretty skin and nothing out of the ordinary. 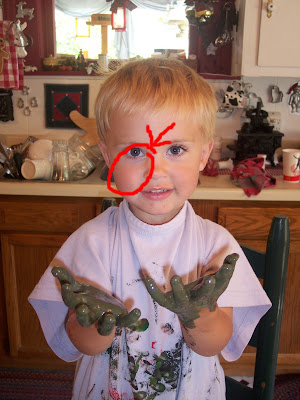 Then, this tiny little red dot appeared on his cheek. 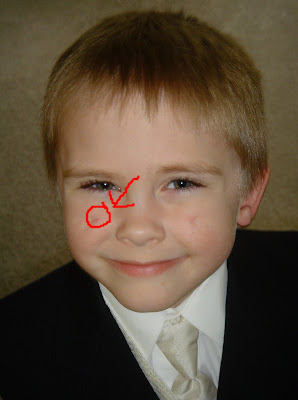 I had the doctor look at it once and he didn't seem concerned about it. 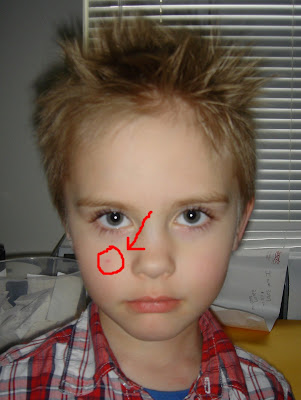 Over the years it has continued to get bigger. 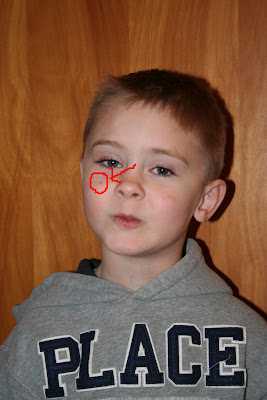 I looked it up on the internet and discovered it was called a spider angioma. 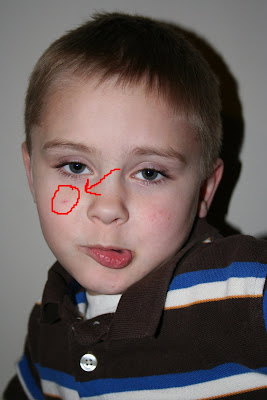 I eventually took him to a skin doctor (about a month ago) and he confirmed that that is what it was.  On the internet I learned that in children they usually disappear. 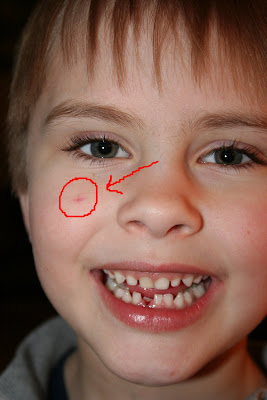 AND IT FINALLY HAS :)  I was so excited to see it disappear before my very eyes! 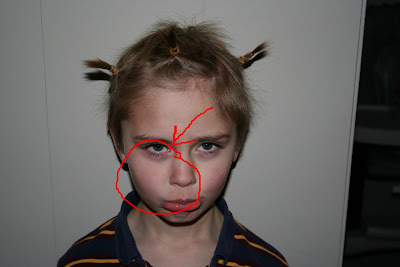 that is interesting...what is it, exactly?

Leah I love you take the time to look up things. I really never noticed it on Kobe as his personality shines so much I quess one concentrates on that. His eyes are so beautiful. Glad it is gone.

well, I guess what it boils down to is that this is my digital scrap book of Kobe's life. I like writing down things that Kobe says to me on the way home from school and I love looking back at the first tooth he lost. it brings back so many memories so vividly.
once in a while i still read the first post i ever posted about a day i had out with kobe and it always makes me smile.

so, of course, i had to record his "spot" disappearing

eventually i will go through this blog and make a book out of it for me to keep :)

I never noticed that! That is cool it is gone now though! :)

Where is our update from your weekend? huh???? lol Hope your having a good day today!

What happened this weekend, Leah? What is Lindsay talking about? Everything okay?

I never noticed that spot on Kobe before either. Only a mom:)

Lindsay just meant I was late posting about whatever we did this weekend. She always catches me when I don't post or do it really late in the day :)

we didn't have anything really "going on". and, yes, only a mom would see it :)

Hello my name is Brenda and I have a daughter with a spider angioma on her cheek. She is 8 years old and she is being with the spider for almost 2 years now. I hope for the moment to see it dissapear before my eyes like you did with your son.

Found your blog after searching for Spider Angioma. My son has the exact same spot, in the exact same place as your sons. I am waiting anxiously for it to disappear. Do you recall how long it was before it went away?
You know, he doesn't even know it's there, but we feel the same way you did. He was sooooo perfect and now he has this little thing there. Nobody else notices it though.
Thanks
Suzy