Saturday evening Ben took Kobe to see Monster Trucks, ATVs & Dirt Bikes. He surprised Kobe by telling him that he (Ben) had some work thing he had to go to and asked Kobe if he would come along. Kobe was very excited once he saw where they were. 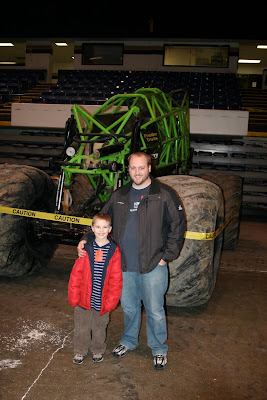 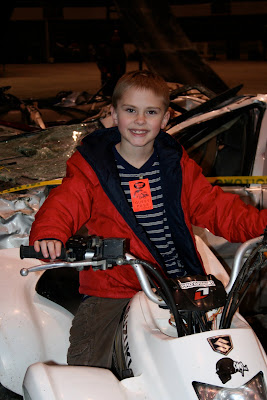 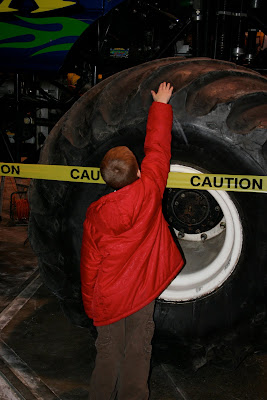 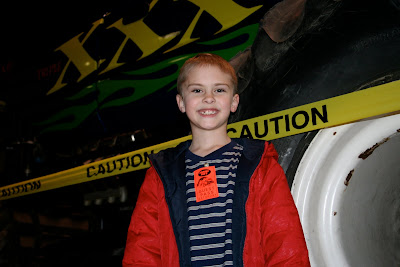 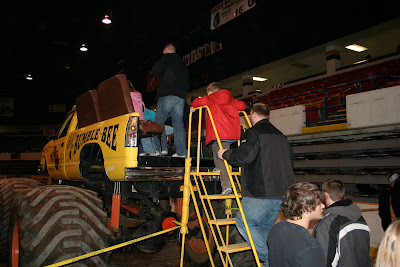 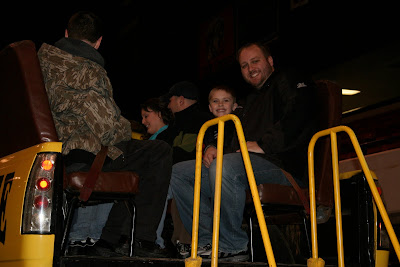 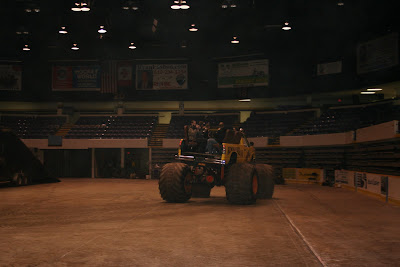 Yes, my son is in that crazy truck pictured below! 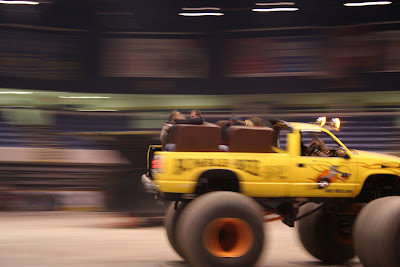 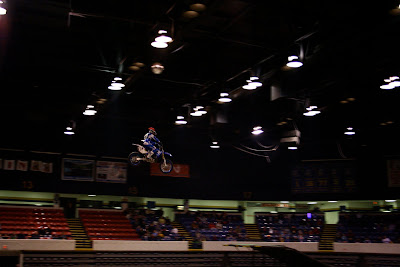 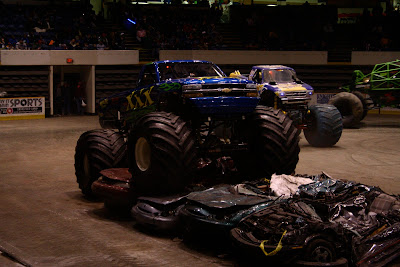 Kobe had a ton of fun, Ben got him a red monster truck toy that is now a new prized possession. 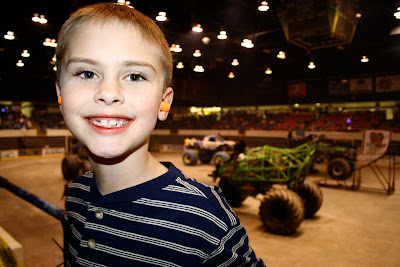 While Kobe and Ben were gone I decided to take the littles to the bounce house in Courtland Mall. They LOVED it! They played and play. After that we went to Qdoba's and had dinner at which they started feeding each other chips and laughed about it a lot.
Posted by Leah Wentzel at 6:54 AM

I am glad Kobe and Ben had fun!!! I enjoyed listening to Kobe tell me about it on Sunday!!! Ben said it was full of people dressed in camo!! lol So funny!!! =)

That is so cool that Ben surprized him!

i would be so scared to ride in a truck like that... boys huh!

that is really special.