The Wheels have begun to Turn 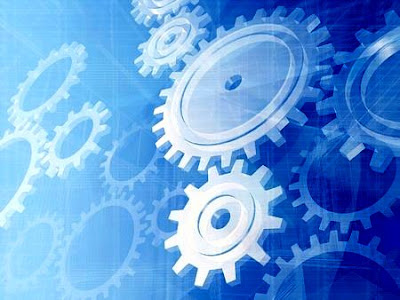 Yesterday I got a call from K's adoption worker. I had called her the day before with some concerns I had and that kinda got the ball moving.
Before K came to our house she had had a family in mind that she thought would be perfect for K, but they were in the middle of an adoption and weren't ready to take on another adoption quite yet. Even when she called them a month ago they weren't quite ready, it appears now they are.
Everything was very spur of the moment, but K went yesterday for a couple hours to meet this family. They have a boy that is one month younger that K and from what I heard they played very well together. The worker also said that K had fun with the Dad which was neat for me to hear. They are an african american family and for K to have a male role model to look up to that looks like him I think would be HUGE in his life. The Dad is a police officer. When K heard this he said "Your a good police officer?" I don't know if I ever mentioned it here, but K came to our home with an negative outlook on police. When he would hear sirens he would ask if "the cops were coming to get us" and then also told me "when he got out of jail he would shoot the cops". Obviously after that we had a long talk about how police are after bad guys, not us. I think a little of it sunk in :)
Anyway, they want to have K over this Friday. They were talking about him sleeping over but I told them for the first visit I think a sleep over is too soon but that he could go over to play. I am trying my best to guard his little heart. When I dropped him off at the agency I guess he asked the adoption worker if he was going back to his old foster home and looked very concerned. She told him no and he was fine after that. Before we went there I had explained that he was going to play with some friends and then come back to my house. I had tried to avoid him worrying about that, but I guess I saw it coming.
He also ran into his old foster brother, the 7 year old that used to beat him up, in the waiting room. The adoption worker told me he nearly climbed her like a cat trying to get away from him. I remember how he hid behind me at the Christmas party when seeing him. I think there is a lot in that little boys head none of us know about.
After sharing a lot of my concerns with the worker she decided K should see a therapist. He will probably go on Friday to have a Psych Eval. In a way I think that is good, mostly I just think he is a little boy who needs to see Jesus through the people he is around. Not everyone is bad. Not everyone will hurt you. So sad.
Anyway, I am feeling really good about all of this. I think that this may be what we have been waiting for. Despite the stress of he crazy behavior, I am so happy we have been able to be his family for the past 5 months. I can't believe it has been that long. I hope so much we can stay in contact with him after he leaves. I have a feeling in about 4 weeks he will be living with this other family.
Hope has filled the air.
Posted by Leah Wentzel at 5:02 AM

Love that little K and hope that this is the family for him. It's heartbreaking to imagine what him (and other kids) have gone through. I'm anxious to start the foster care adoption process so that we can do our part.

Sounds like K was given to you by God to learn that there are GOOD people in the world. Obviously he saw plenty of the other kind. Just makes you believe that God in his wisdom does have a plan. Aren't we lucky that we are part of it and know it?

my kids used to cry every time they heard a siren and saw flashing emergency lights. (which was often living in North Minneapolis.) They associated it all with the night their baby brother was killed and the paramedics, ambulance, and police came to the scene. they were taken away in the back of a squad car and brought to a facility for 48+ hours until they were placed (seperately) in shelter homes. - Now they are fine and the police, firefighters, etc are their heros.

I am praying for little K. Praying that God would comfort, heal and save him. i cannot imagine how "lost" he must feel knowing he doesn't have a permanent home for so long.

PRaying for you all with everything that is going on.

That would be great for K. Hope and pray it all works out for him as I know God has his hands on him.