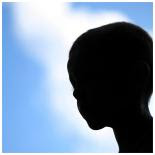 Yesterday I got a call from K's adoption worker. They have found a family for K, at least one that thinks they are interested. They are a biracial couple with a 9 yr old daughter. They want to adopt and are very interested in K. That is most of what I know.
I did talk to the other people that were praying about adopting him and they said they just couldn't take on any more kids right now, which is very understandable, so I am glad there is perhaps a family for him.
The adoption worker was talking about taking K to meet them. I told her that I would open my home and they could come here for a visit. I don't want K to feel like he is being interviewed or is getting given away. I will make sure that it will just be us having people over and at first there is no talk about him going to live with them until everyone is on the same page.
Also, there is other things going on right now, terrible turmoil in my heart about whether we will be able to care for K until he is adopted. I don't know how long he can stay here. My two little ones are both having some issues that are hard to deal with right now. They seem to be separate issues, but issues that would not be going on in this house if they were not here.
I can deal with S's issues, at least for now, but I am not sure I can deal with K's so PLEASE pray for God's will. We are in a hard spot right now. This morning I had to make several phone calls I didn't want to make. I had to call both the social workers to discuss what needed to happen for all of us. It was a long morning.
I actually had planned on a happy post, but this morning was hard.
***Look at the verse for the day:
“Blessed is the man who perseveres under trial, because when he has stood the test, he will receive the crown of life that God has promised to those who love him.” (James 1:12)
I mostly add this so when I look back at this post I can see God.
Posted by Leah Wentzel at 8:37 AM

sorry you're going through a hard time Leah. You have my prayers!

just sending hugs and prayers your way...you will make the right decision.
and your last post about s made me cry, but i am so glad she has you in her life right now!

Thinking about you guys and praying God's best for K.

I wish I could help .... many prayers coming your way.

Leah, I'm praying for you and I know you are praying for me! Different kinds of problems and pain but God is there for both of us and working in our lives and teaching us with every new situation we go through.

My thoughts and prayers are with you. :(
Leah, please take care of yourself.

praying for you leah