FAIL.
Lol, a couple weeks ago Money Saving Mom was hosting her monthly Freezer cooking weekend. While I do not have a deep freezer I have come up with some creative ways of my own to cook ahead so that weekly meal don't take so much time. I though I would share with you a good idea gone bad.
I decided I was going to make some meat balls and freeze them (that was ultimately my step that ended the whole project in FAILURE).
I wanted to hide veggies in them because Mr. Kobe is a butt and won't eat veggies. I can't imagine why, seeing how I never made him eat them...ever and all I ate while I was pregnant was candy. I just don't see how this plan of getting him to eat healthy failed me :)
Ok, anyway, I had a random assortment of veggies in the fridge so I chopped them up really small and sautéed them. 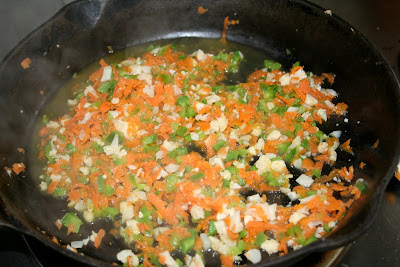 Them I took a lb of turkey burger... 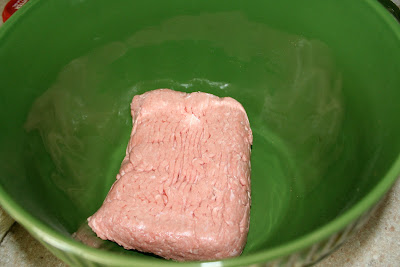 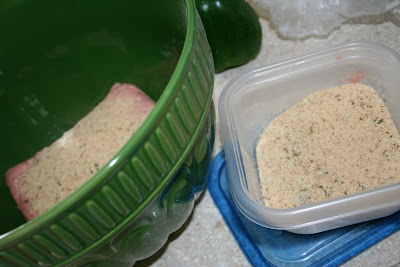 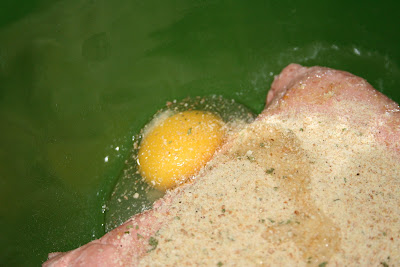 ...then mixed them all together and made them into little balls and baked them. 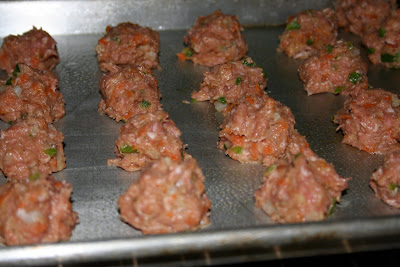 When I took them out of the oven and tried them they were good and I knew the kids would eat them. But, I then made the fatal mistake of putting them in the freezer. When I went to use them with pasta and tomato sauce a week later they were all mushy :/
The kids ate them and so did Ben and I but they weren't good. Next time if I make them we will eat them right away. So that was a freezer meal no-no.
Posted by Leah Wentzel at 6:30 AM

bummer! all that work into them too!

i love your green bowl... i have the canisters that match (i think) - in storage. :(

great job with all the veggies in there. Great idea too! Weird that they didn't freeze right. I wonder why. I have frozen meatballs numerous times before. I did bake them previous to freezing though. Did you?

yep, i baked them first. what kind of meat did you use? i am thinking I either used too many veggies in them or turkey burger was not the right choice.

Mix turkey and ground beef next time. They need a little fat from ground beef. And freeze individually on cookie sheet before storing in ziplock in freezer