Ben took Monday off so he could have a three day weekend with us and we enjoyed it so much!  Saturday we had a great 4th of July, Sunday we visited my parents, my Grandparents and had dinner with Ben's Dad.
Today we had a day to ourselves that was wonderful!  We took the kids to Chuck E Cheese's, to Sonic, and played around at home while getting some stuff done too!
We had some new 'little trees' growing in our gutters so Ben and I got the ladder out and I decided to climb up onto the roof and yank them all out, which, by the way, is WAY faster than going up and down the ladder-WAY faster.  So, of course, Kobe sees me up on the roof and wants to come up on the roof with me.  I wasn't comfortable taking him up there with just me-for some reason visions of us both tumbling off the roof popped into my head and since I did not way to spend the rest of the day in the ER I told Ben if he wanted to go up on the roof with Kobe he could, but I didn't want to.  So, Ben took Kobe up on the roof and when I saw them sitting up there with the blue sky behind them I had to take a couple pictures :) 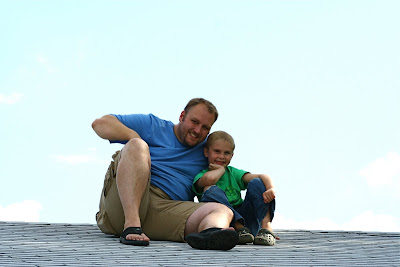 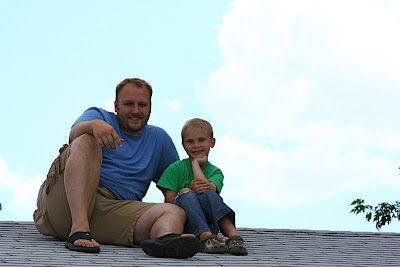 While we were outside the kids road their bikes, played in the dirt, played with side walk chalk & played B-ball. 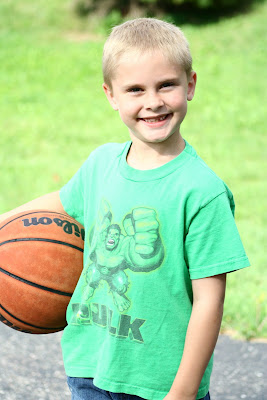 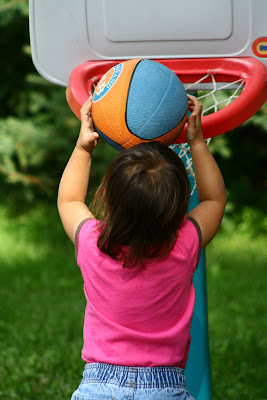 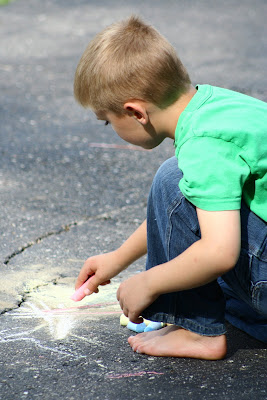 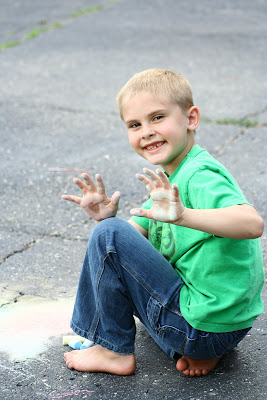 Then, this evening we went over to see Ben's Dad on his day off  *enter muffled laughter here because, trust me, he didn't have the day 'off'* and had dinner with him and hung out.  S decided to break in Mark & Cindy's new back stairs by tumbling down them in the typical 2 yr old fashion that of course made me scream.  Don't worry, she is perfectly fine.  :)
To see more pictures of S click here
Posted by Leah Wentzel at 8:49 PM

Sounds like you guys have had a great couple of days!! =)

Very cute pictures of the boys on the roof!!

Love your new pictures. Ben is brave taking Kobe upon the roof. Glad you had three days together. I can not believe how Kobe is growing up.

I don't blame you for not wanting to take him on the roof. I wouldn't either! Cute pictures though:)
Glad you had fun together. Special moments make special memories:)

Okay I started to get nervous just looking at the pictures. I'm sure Mark can't wait to have Cindy home.

I love these pictures, my how I miss you all. I love you and hope to see you when you get home. I left a note on S's site it say's it is from Alyssa I just forgot to log in.
Love you lots,
Mom