He decided he wanted to sell his old bike. On Sunday afternoon he cleaned up his bike, made a sign, and Kobe and Ben set it up out by the road.
While Ben cleaned the garage Kobe sat in a little chair watching his bike.
He counted how many people looked at it as they drove by.
One car pulled in...it ended up they just needed to turn around.
You could see Kobe was very disappointed.
He sat.
I actually kinda wanted to keep the bike for the next kid who needed a bike that size so I was thinking about buying it from Kobe. That would make 2 times I have bought that bike! 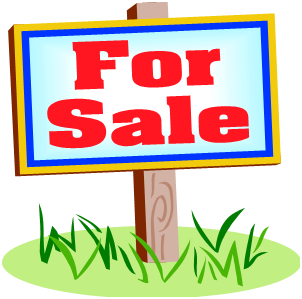 But, a couple minutes later Kobe ran in the house with a hand full of money and the biggest grin on his face.
Ben had asked him if he would sell it to me and Kobe's reply was "I want to give it two days and if it doesn't sell mom can buy it".
And then a woman pulled in who said she had just ran over her nephew's bike and bought Kobe's bike to give to him.
Kobe was so excited.
It meant so much more to him to sell the bike to a stranger, and not to mom.
I have to admit, I felt like God brought that lady along to encourage Kobe.

Thanks, God, for the little things.
Posted by Leah Wentzel at 7:40 PM

What a great story .. and what a great son you have. He'll make his way in this world just fine.

Now that doesn't surprise me Leah that you and Ben gave him his presents early as you want your see your child so happy.:) Kobe is quite the boy. Good job Kobe!!!