Last Saturday we went over to my parent's house. They live across the street from the city's park that was having a huge fair, fire works, and a bunch of other stuff.
We had dinner at my mom's house and then took the kid's over to the park/fair.
Kobe HAD A BLAST! He went on all the biggest rides and took Ben along with him on them at least once. They had some neat rides that he hadn't been on before. 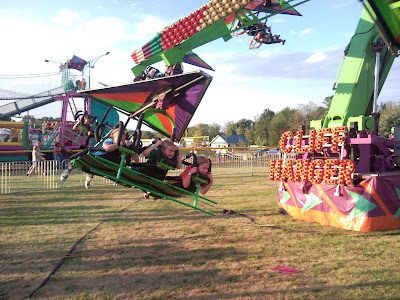 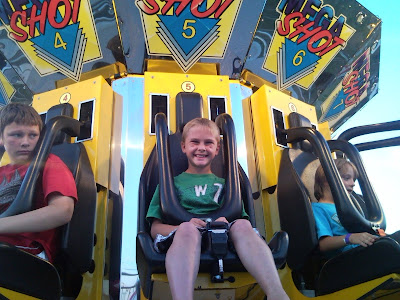 We had Lizzy with us and she was too little for most of the stuff but we did go on the carousel 3 times and she loved her snow cone I got her. Red, in hopes as it dripped all over her red dress it wouldn't ruin it!!! You can see a picture of her and I at http://wonderfullynormal.blogspot.com 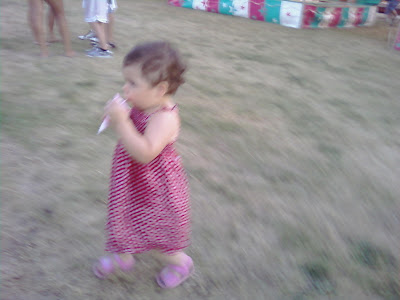 I hope this video works, if not I will up load it a different way, it is so hilarious! It was the BIGGEST ride there, like cedar points power tower -the look on Kobe's face as the ride ends cracks me up!!!!

What great expression on Kobe face you captured. How funny!!

That really made me laugh!! How fun!!

Mommy of little ones said...

you have a great time with these kids, i can tell! i was wondering if i could read the wonderfully normal blog. i tried to, but i think it is invite only. we are going through getting approved to adopt and i am also considering foster care. i read this blog almost every time you post :).