A Summer of Crazy Love

Over at http://aplacecalledsimplicity.blogspot.com/ Linny is sharing "Crazy Love" stories. You can read about them on her blog and read about her summer of "Crazy Love" challenge there as well. 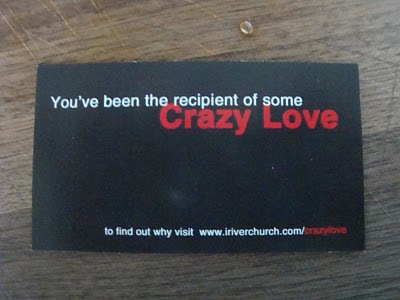 She asked people to tell a post a story about some "Crazy Love" they have been giving out this summer so here goes...
Last Thursday I did exactly what I always have wanted to do, but never done. Because I am a woman it is not considered "safe" for me to go around helping homeless guys holding up signs. My dad has always told me it isn't safe as does my husband. Yet, every time I see them I feel the urge to DO something.
Growing up my Dad's generosity was very apparent. I remember several times my dad seeing a homeless person while we were driving around and would literally take us all home and then would either get food and take it to the person OR he would go pick up the person and take them out to eat. That is my dad, he would make sure his family was safe and then he would go take care of others. He had his priorities straight.
I NEVER forgot him doing that. So, every time I see a man holding a sign on the side of the road I feel the need to do something, and I think of my dad.
In the past I never have done anything, I have always had a legitimate excuse or a not so legitimate excuse, but I never did anything. Well, on Thursday I was on my way home from picking up some work stuff, I had all the kids in the car with me and I saw him. This picture is a very good representation of the man I saw, sign and all: 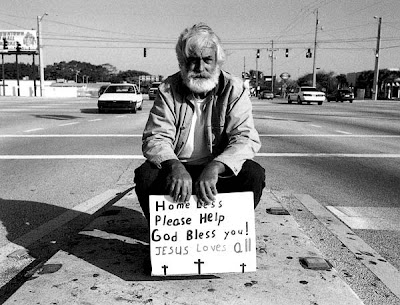 At first I drove past him, but then God said "Feed Him." I looked around and saw that there were lots of fast food places around and ever a parking lot I could park in on the other side of the road from where he was so that I could stay a safe distance away and still give him the food.
So, I went to McDonalds and picked him up a couple burgers and I had a case of water in the back of my car. I went back to the parking lot across the road from where he stood with his sign. I got out of the car, locked the kids in and walked across the grass with the bag of food and 2 bottles of water. 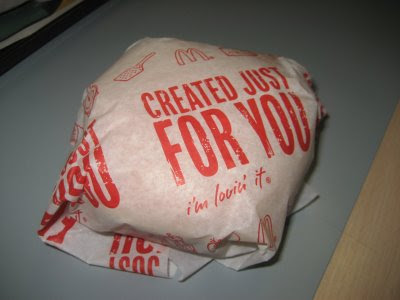 I waved him over, set the food on the ground and walked away before he could even cross the traffic to come get the food. He waved me the sweetest thank you, the look in his eyes really said it all. I got in the car, and then watched. He crossed back over the the street to go his backpack. He knelt down and put the items in his bag along with his sign and then started walking in the opposite direction of where I was headed. I was glad to see that the food was enough and, at least from what I could see, he didn't plan on staying there until he got money for liquor or something.
Then, on the way home Kobe and I talked about what God would want us to do if we saw a person that needed food. It was so sweet to hear Kobe say God would want us to buy them LOTS of food, and he meant it. I hope so badly that Kobe will see what I do and remember it like I remember my dad doing it. Kids learn so much more by our actions then our words. 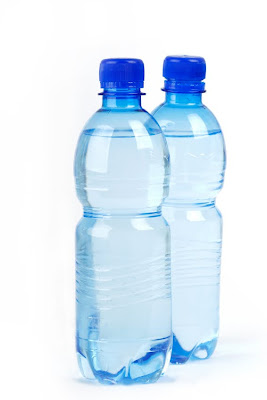 PS I conveniently forgot to tell Ben until a few days later. I started out by telling how "safe" I made sure it was :)
Posted by Leah Wentzel at 6:25 PM

I remember Cindy doing the same thing when they lived in Elpaso.
I wonder if Ben remembers that.

This past winter we were at Sonic it was really cold and wet for our part of the country. As a matter of fact we actually had a little snow on the ground which is really rare. All of that to say, the homeless here are not prepared at all for that type of weather.

Anyway, we are at Sonic in the car, a homeless guy walks up by our car and tells the Sonic girl he does not know how to work the menu board but he would like a large coffee. The girl then came to our car to deliver our stuff. I paid for our stuff and paid for the homeless guys coffee.

We drove off before the coffee was delivered. My kids wanted to stay and watch the guys reaction.....but I drove away explaining why it was not important to see his reaction that we wanted to give unknowingly and what a blessing that was to us that day!

What a beautiful story! Thank you for sharing God's love!

That's awesome! I feel the same way whenever I see someone like that but also get worried about the safety thing. Thanks for sharing.

Oh I LOVE your story...and I think it is awesome that your kids got to see it too...way to go!! Keep sharing the beautiful, Crazy Love of God....xo

Great job, Leah. You are a good mom...and your kids will remember that day. I'm sure there will be more :)

I totally love that you have a desire to do things like that. You are amaizing! I love you!

What a blessing you are to listen to God and feed that man. Such a great example for your kids, too.

I just came across your blog after your comment on mine and am so excited to read more. We have two little foster girls in our home right now and they are the light of my lives. Fostering is truely something that is so life-changing and it is always so neat to meet other families in similar situations.

Have a wonderful week!